INSANITIZED FOR YOUR PROTECTION (Digital e-book) 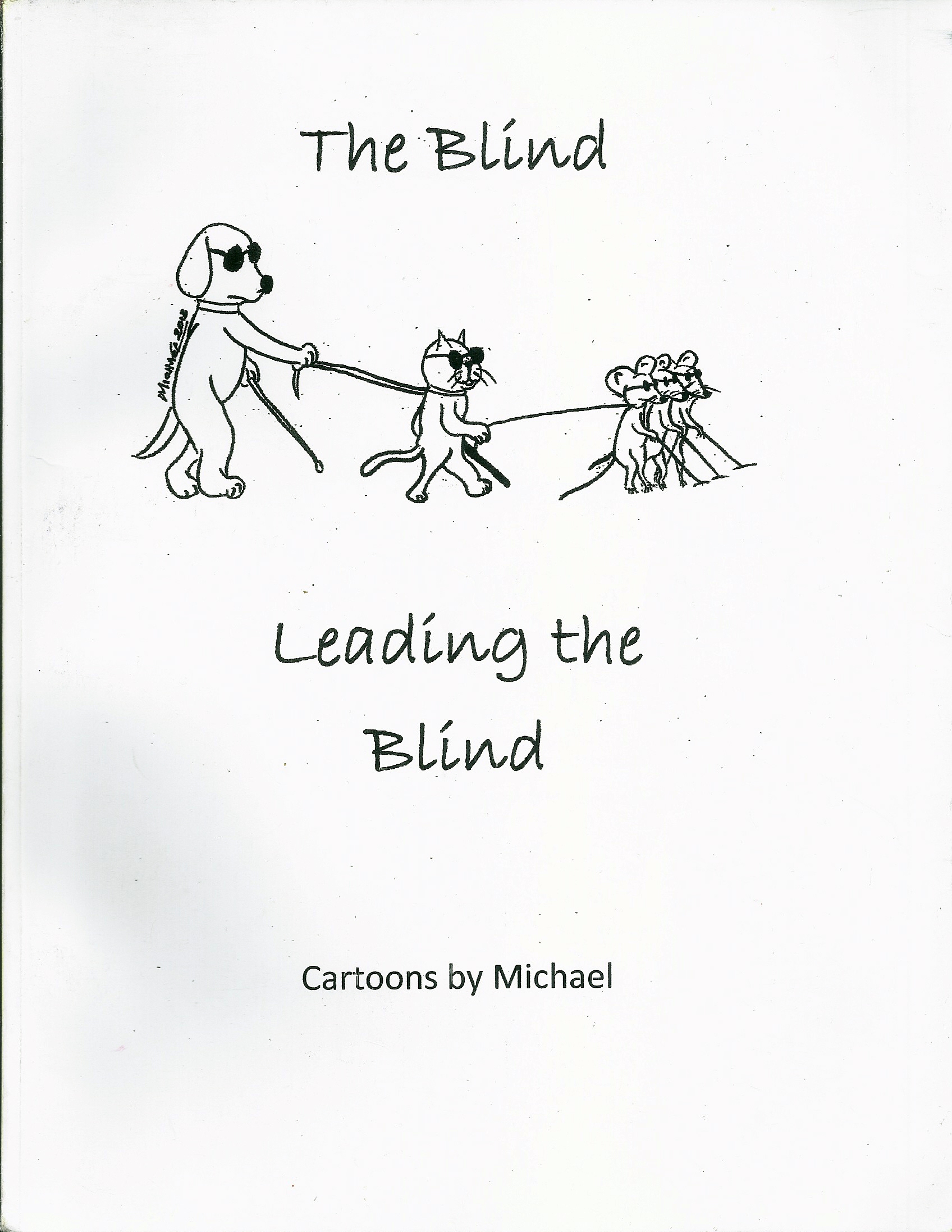 THE BLIND LEADING THE BLIND

With his book finally completed and ready to go into stores, Dr. Michael Schreiber fulfilled one of his dreams, he was now in print and sales had begun. Dr. Michael thought his cartooning and joke writing days were over. He completed this challenge, basically told all the naysayers not only can it be done but it is done and sales are flying forward. Do you want your words served lightly Sautéed or Cold mean anything to his teachers? Time was to move on for the good doctor, or was it?

Thinking about what was next for this pioneering doctor the jokes and cartoons started flowing out of his head so fast he was unable to think. Walking the dog down the street and looking for some paper to write on as his focus was joke infested. Doc still had a 100+ Cartoons and the jokes completed and more were on their way and his mind filling up by the minute they were on their way right now. At this point he still had not shown his books to anybody but the one friend. When he did show it to his family he got what he called a tepid response at best.

His cartoons a combination of Linguistic and Artistic work flowing between both sides of his brain, book 2 was more than half way done the goal to complete book 2 sank in and he was going to complete another master or maturation piece but it was going to be finished. All his thoughts bouncing in his head Doc always felt his artistic skills were not great he was more of a word person you have met them before filled with double entendres and linguistic tricks nevertheless his comedy was piling up and book two came roaring off the presses. Please say hello to, “THE BLIND LEADING THE BLIND”. “Cartoons By Michael “

There are no reviews yet.