THE BLIND LEADING THE BLIND 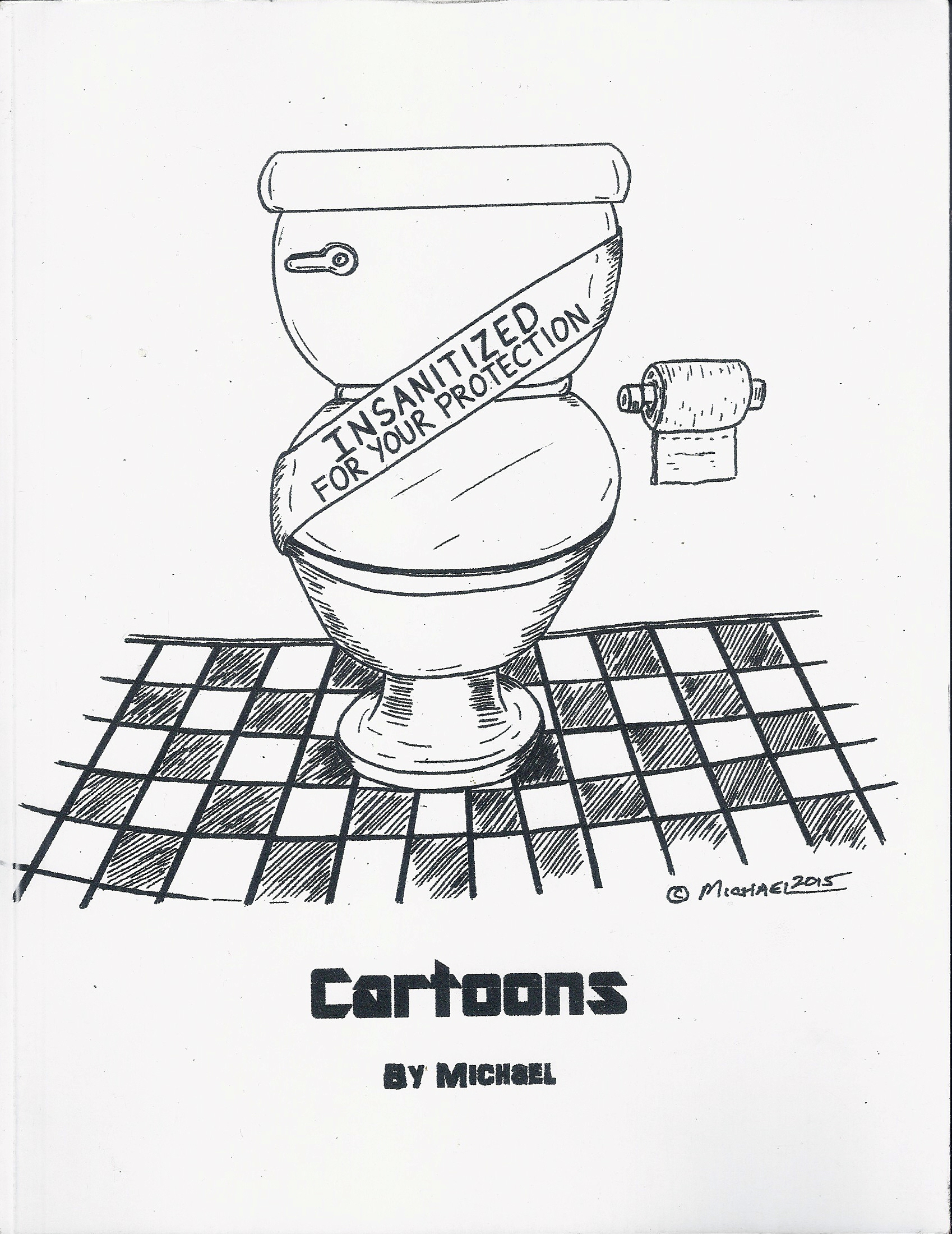 INSANITIZED FOR YOUR PROTECTION (Digital e-book)

How did the idea of writing cartoon books with the humor of Dr. Schreiber’s deep dark, cynical, crazy funny edgy comedy style begin?

Trying to draw cartoons to match his wicked sense of humor was a challenge! If you are not an artist but you do have a feel of what a cartoon would look like if you were to draw one what do you do. The light bulb turns on and you find a cartoon drawing course and go join. Our infamous Dr. Michael did just that and had great support from the teachers, comments like, “Are you serious? You actually drew this and think people will understand what the hell it is? OR even more exciting after reviewing your work the instructor suggest you should just go home and throw all of your pencils and pens away”…. Ahhh the support of your mentors and teachers, how invigorating and powerful that can be to motivate you to thrust ahead courageously.

Ok, so the mentors were jerks, it takes more than a professional looking you in the eyes and saying, “Seriously, Stop, no way, just Quit” to stop our stories hero, well maybe not a hero but a true fighter and our author. Doctor Michael was driven to write & draw cartoons to develop that first book. Michael took matters into his own hands and began drawing cartoons. Remember each cartoon has to have a joke or story to motivate the pencil to draw the joke. Dr. Michael’s pencils seemed to be filled with creative lead because it ended up helping him to draw 300 cartoon with the jokes to match.

Completing 300 cartoons in 6 months with the jokes included, jokes that were written and rewritten each time with changes and art that was completed and then uncompleted because the tenor of the joke changed or in mind’s eye he saw the cartoon different. Then finally it was done, Michael was ready to take the next steps? A book.

While preparing to turn the project from pictures, squiggles and jokes written on wet napkins and reams of paper into a book Dr. Michaels’ art started to change and for Dr. Michael in a very special way. “The drawings stopped coming from me and started coming through me”. He saw his works begin to change and blossom. With a completed book in hand and other ideas formulating in his head suggesting different ways to sell cartoons Dr. Michael realized he had no desire to sell individual cartoons to magazines and newspapers. Dr. Michael said in a book people will see all his works a full body of what he finds funny and creative. He compared it to seeing an artist show verses a single painting. if you want to see to inside the mind of an artist then you need to see all his works not just one piece.

His stories now all bound and in one place a single book Michael turned to a friend who was a very famous and internationally known singer song writer and gave a copy to her and asked her to read it. Dr. Michael watched as his friend read the book, a 150 of his best jokes. At the end of the read Dr. Michael shared as his friend looked, no smile almost stunned she said, “Dude you are all F-&*Ked up!”. From that moment Dr. Schreiber knew he was on the right track…

To all his fans and friends, allow us to introduce the author Michael Schreiber D.O. and book “INSANTIZED FOR YOUR PROTECTION”… “Cartoons By Michael “

There are no reviews yet.