A Rich Fantasy Childhood To The Hands of a Surgeon There Was Always Time For a Cartoon and a Laugh. Did you hear the one about the Doctor…

he Author of these Dark Cartoonist books had a fantasy-rich childhood which helped him develop into a comedy writer with wit, brilliance, and with a definite wobble in his orbit. His sense of comedy is very different, and the laughter it brings to his readers starts somewhere deep inside the viewer’s mind, causing them to explode with laughter, while simultaneously feeling morally conflicted about the subject matter they’re laughing at. This is the paradox of the Dark Cartoonist: “This is funny… but it’s so #%*@* wrong!”He has been told his cartoons are outrageous, unique, sick, and sometimes just plain old rude, and that is why his readers have delivered testimonials that are as insanely twisted as the cartoons themselves.

Fellow humorists, and those who can truly appreciate the darker side of humor, we bring you the author, Dr. Michael Schreiber, and his works, “Cartoons by Michael.”

Michael had a very colorful childhood. Now understand, his definition of colorful is a little different than how others might define that word. For example, in his childhood world, the inanimate objects that fill a child’s room - like a bed, dresser, and assorted toys and stuffies - were living, interactive characters in his everyday life. Michael spoke to all of his toys, furniture, and even utensils. He slept in each of the two twin beds in his room each night, never wanting one to feel more loved than the other. His toys were not only fun to play with, but he was also responsible for caring for them.  If they broke, he fixed them. If they got thrown out, he would retrieve them from the trash and hide them. If they got lost, he would cry and mourn for them. Basically, he was a fundamentally disturbed child.

Chatting about his childhood Michael commented, “I lived this reality years before Pixar Studios popularized it.” He wasn’t sure whether he should be grateful for such a fantasy-rich childhood… or carefully examined by a psychoanalyst?

Michael grew up as a middle child in a family with a mother, father,2 brothers, and a chihuahua named Pepi. He said he was always trying to make peace between brothers, and between brothers and parents. He took on the role of family mediator, usually by trying to distract everyone with his antics: “Yeah, I really put the ‘fun’ in a dysfunctional family.” It was also around that time he found photography a hobby that soon became one of the true loves of his youth. “Of course, the first photos I ever developed in my home darkroom were of naked natives out of National Geographic.” It was a much simpler time then.

Always feeling like an outsider in his family and social life, Michael’s first release was school. Having parents that drilled into him the importance of education, he was a precocious, early reader. Nevertheless, his twisted perspective took root early, and while a good student, he also could be the class clown. Unfortunately, the letters his parents received from his school were not all that funny.

The other thing Michael found fun was writing stories, mostly science fiction, and bloody comic horror… in the Third Grade! He remembers reading these stories out loud to his dumbstruck classmates. And what good are bloody horror stories without similarly disturbing graphic illustrations? So Michael began drawing:  making comics and cartoons of everything he read… and fantasized about. This led him to join comic book clubs and to start writing comic books on his own. 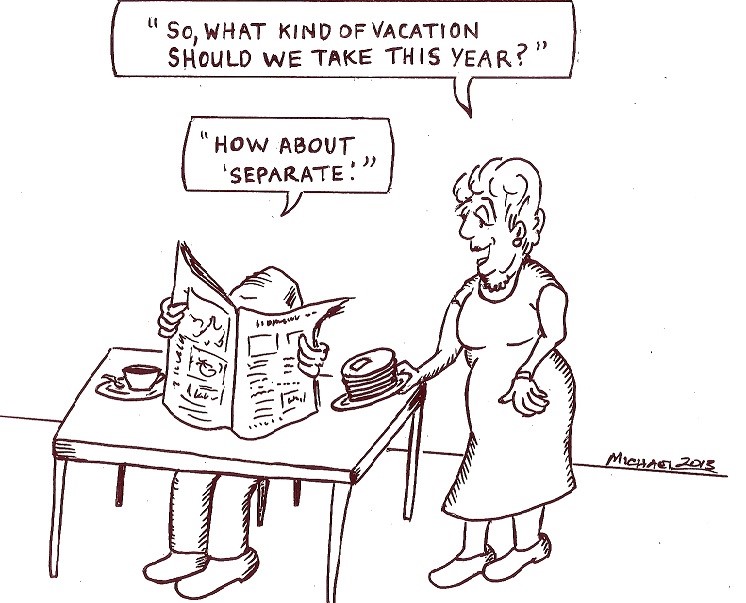 When Michael entered college, he briefly toyed with the idea of being an Art major. However, there were issues: “I am a perfectionist, so being a serious artist was a problem. I would have been like Leonardo da Vinci, painting the Mona Lisa and then carrying it around for the next 20 years, making small corrections. He never finished it. That would have been me…… that, and I had no talent.”

Graduating college with a B.A. in Psychology (“It should have more appropriately been a B.S.!”), Michael worked for two years as an Autopsy Assistant in a hospital morgue (more about that later!). Returning to Graduate School in Psychology, Michael again felt like a fish out of the water. So he and a fellow Grad student started a professional photography business. Four years later, Michael had built it into a major Custom Photography Lab, in Center City Philadelphia.

In his formative years, he found photography as a hobby, and as a creative outlet. Now, Michael converted it from a hobby to a profession. He specialized in the Copy & Restoration of old photos: damaged and faded glass negatives, tintypes, and daguerreotypes were given new life and restored to flawless beauty. And the tiny dots he so skillfully applied to camouflage the cracks and imperfections in damaged originals, would one day resurface as pointillistic shading in his cartoon shadows.

During his pre-medical and medical school years, the focus had to be single-mindedly on medicine, and so it was for eight years. Graduating and becoming a doctor, he had 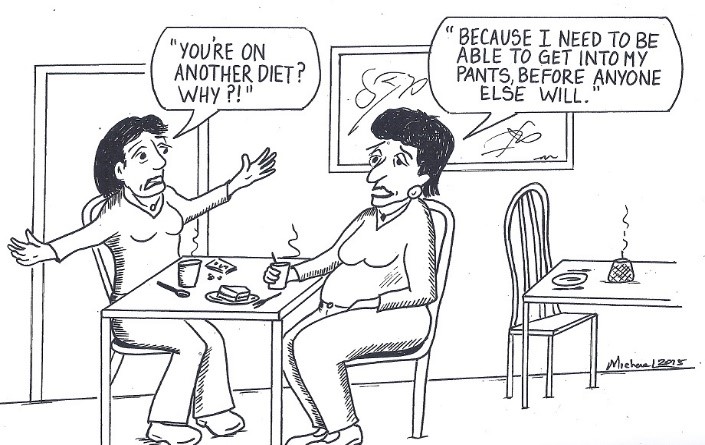 beaten the odds and fulfilled his dream.  Like most doctors, caring for his patients is paramount. However, he’s very clear about his priorities: “Medicine is what I do. It’s not what I AM. I’d like to think that I’m a lot more”.

And that “a lot more” took the shape of a television series – a dark comedy, called Body & Soul -that Michael helped Co-Create and write. Many of the seeds of his comedy must have been planted in the Morgue, as I reminded him of stories he’d told me about that experience.

Michael  commented that the Morgue stories reminded him of the time he and his writing partner were meeting with the network executives overseeing their TV show.  While reading the script, the producers expressed concern  about Michael’s  very dark, and often disturbing, sense of humor. They felt uncomfortable airing many of his scenes. Michael tried to persuade them that he understood their dilemma: “I remember looking at these guys in their expensive suits and saying, ‘Hey… I understand. It’s hard to make fun of someone with Breast Cancer’.” As the producers sighed in relief, reassured that he would tone it down, Michael followed up by saying, “Hard, but not impossible. You just have to finesse it.”

In an effort to keep this story on track, I will recap what we just covered, so we can move forward with Michael’s cartooning career: Talking to his toothbrush, different beds, funny in school (and being kept after school), family mediator, High School, College, Autopsy Assistant, BA in Psychology, Almost-a-Master’s in Psychology, Professional Photographer, Medical School, TV Show, and jokes about cancer patients… all seeds to his cartoon comedy.

I think that about sums it up.  And now: The Rest of the Story.

Looking back at our conversations about school, comedy, and the series of short stories that made up his life, I found I was truly a fan of Dr. Michael’s accomplishments. I could see and comprehend the brilliance and determination it took for him to finish those many years of medical school, and go on to become a highly regarded doctor. He was obviously a very smart fellow. Nevertheless, there was still one question that nagged at me. With so much going on in his life, and with so many opportunities to enter fields where he could be creative and funny… why medicine?  So I had to ask it: ”What drove you to become a doctor? ” With the countenance of a serious professional, he said with complete sincerity: “It doesn’t take brains to become a doctor. It just takes an overwhelming desire to see people naked.”

From that perspective to DarkCartoonist.com

TV, Movies, Producing, Creative Consultant the Comedy Doctor on the Radio To writing & Cartooning Classes and Instructors suggesting that He Should Quit He Will Never Make It. And Today Publishing Three Hot Selling Dark Cartoonist Books. Guess what? “The Doctor Is In He Will See You Now” 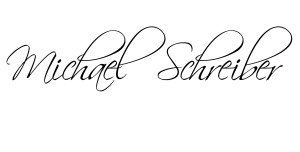